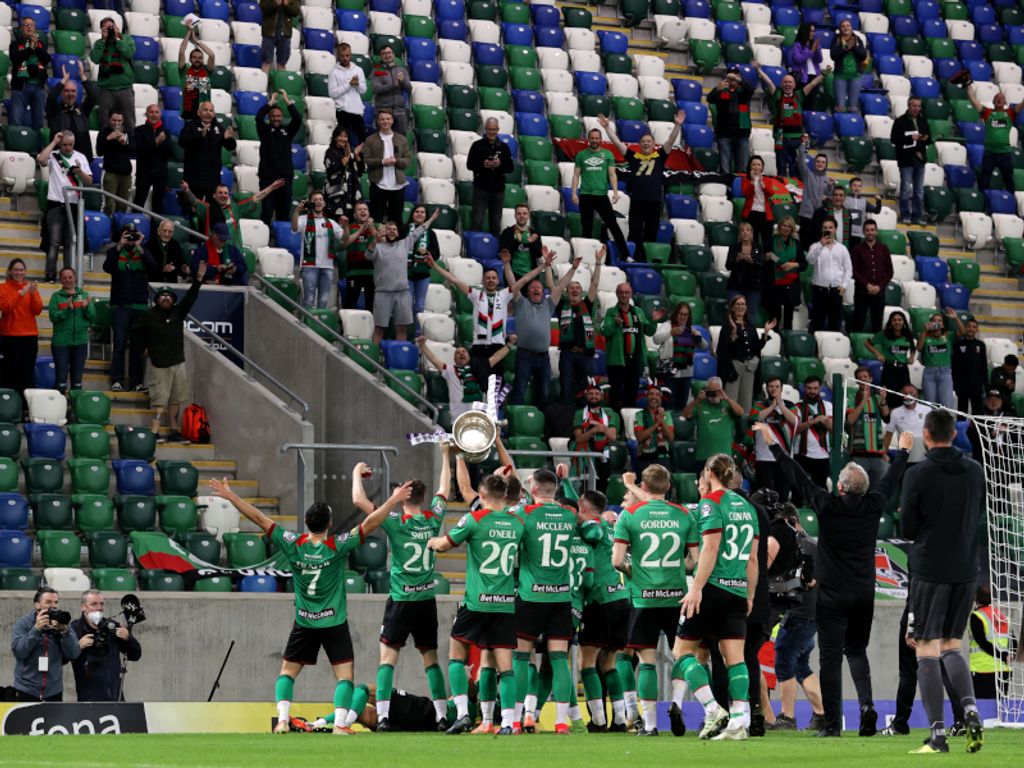 The first match in the UK to be played in front of spectators since March took place at Windsor Park on Friday.

On the day plans to allow spectators into a number of sporting events in England over the weekend were cancelled due to a rise in coronavirus cases, the showpiece match in Belfast went ahead.

The Irish Football Association allocated 250 tickets to each club, for players' families and a small number of additional supporters, at the 18,500-capacity national stadium.

The Irish FA got the green light to let fans in last week after the Northern Ireland Executive said spectators could attend outdoor sporting events where access could be controlled and social distancing adhered to.

Supporters were met by stewards in personal protective equipment and had their temperatures checked.

The two sets of fans were situated at opposite ends of the pitch, dotted around in the stands behind the goals.

Glentoran and Ballymena had played their respective semi-finals behind closed doors on Monday night, with both progressing after penalty shoot-outs.

In Friday's final, originally scheduled to be played in May, Glentoran opened the scoring through Paul O'Neill's low shot after 22 minutes, and Cathair Friel headed Ballymena's equaliser from a corner just after half-time.

The match looked set to end in another penalty shoot-out until the 115th minute when Glentoran won it through Robbie McDaid.

The former Leeds trainee tucked away a cross from Ciaran O'Connor to secure the trophy, as well as a place in the Europa League, and send all 250 fans of the east Belfast side wild.