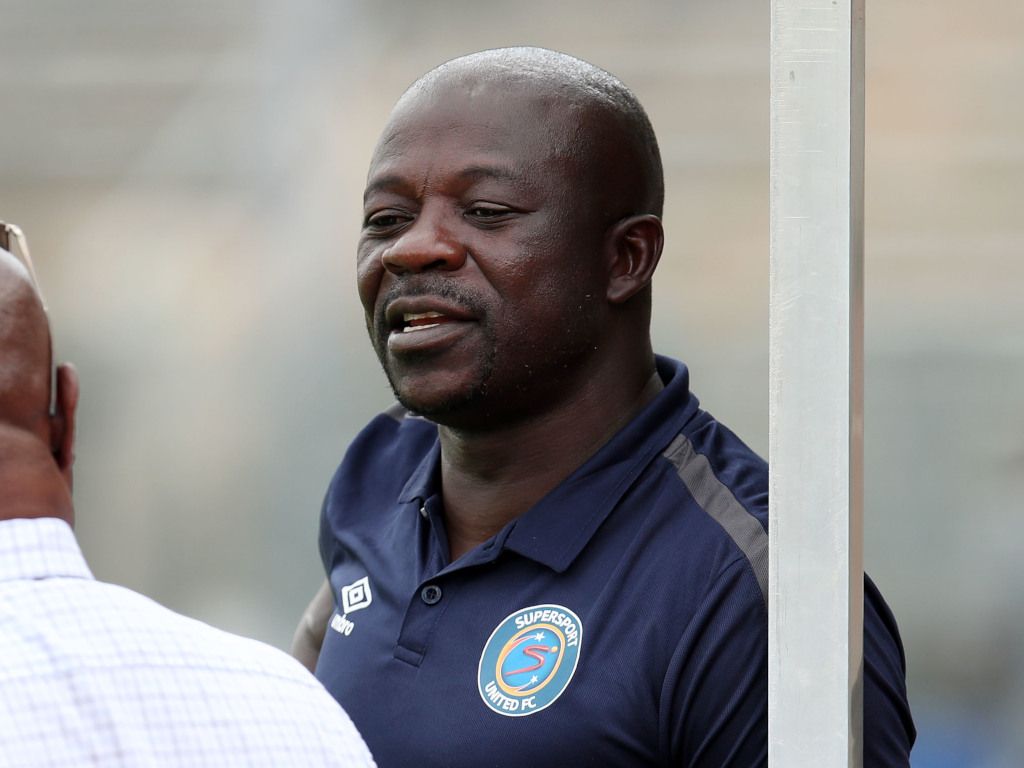 SuperSport United head coach Kaitano Tembo has praised his players for the way they've dealt with the COVID-19 lockdown.

The PSL season was brought to an abrupt halt when the coronavirus outbreak hit South Africa, putting everything on hold for three months.

Tembo admits it has been difficult to adjust to the new environment, but says the Matsatsantsa players have done well with their training in isolation.

"Well, it's been very tough because it's still a new thing for us. We didn't expect it and players have never had this kind of break," Tembo told KickOff.

"Most of the time we give them two weeks but now it has been three months, but I must say it also gave us time to reflect.

"I've been impressed by the attitude shown by players throughout this period, they've been communicating very well with us, sending videos on time.

"It has made them strong. Their mindset has been impressive and it will help us when football resumes."

Turning his attention to the imminent resumption of the league campaign, Tembo added: "It will be tough in a sense that we still need to play six matches and I don't think we will get three weeks to prepare.

"We might as well kill two birds with one stone, use our last games to finish on a high note and prepare for next season."