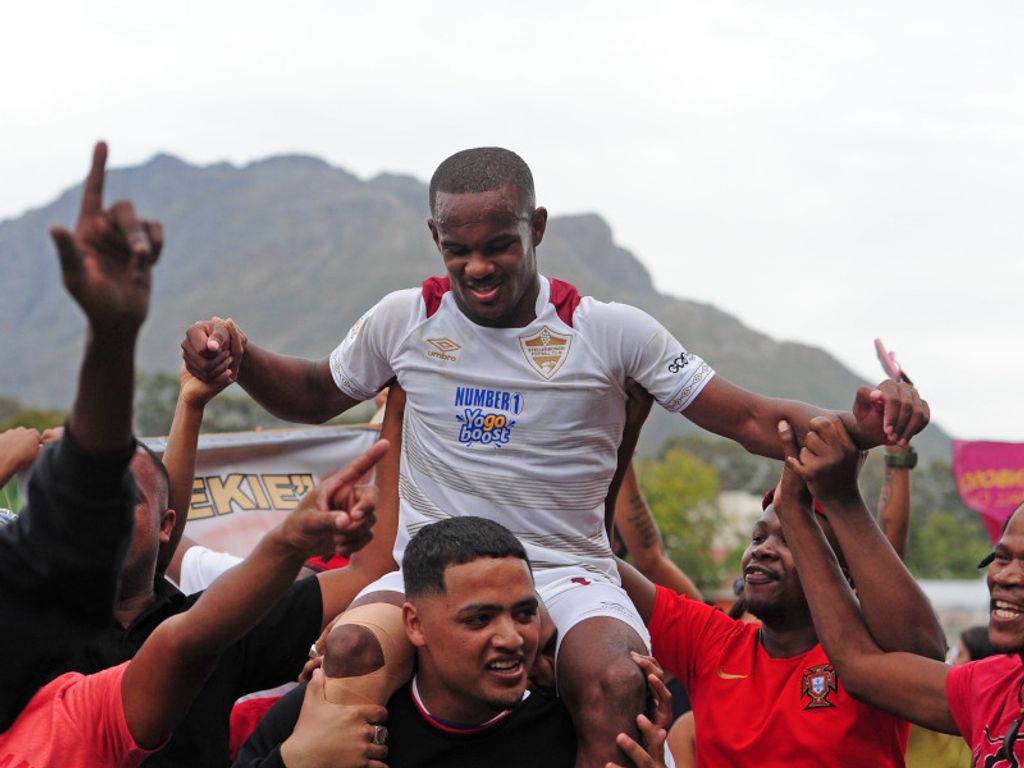 Iqraam Rayners will begin his new career with SuperSport United next month after Stellenbosch FC agreed to part ways with the talented goalscorer.

The 24-year-old former Santos attacker had already signed a pre-contract agreement to join Matsatsantsa at the end of the 2019/20 PSL season.

But with the league currently suspended and Rayners' current contract coming to an end on July 1, Stellenbosch won't be extending his stay.

Training has only just been given the go-ahead to resume, with no date yet set for a potential restart of league action.

Rayners was a sensation for the People's Team as he came up through the youth ranks alongside Fagrie Lakay.

He was crowned 2018/19 National First Division Golden Boot winner as he helped Stellies earn promotion, and has scored five goals in 20 PSL games this season.

Speaking to the Daily Sun, Stellenbosch head coach Steve Barker said: "Rayners will be joining SuperSport at the end of June.

"This was the decision made by the club that his contract is ending this month and he becomes a SuperSport player on 1 July.

"He's done well for the club and we are very grateful for his services. He's now got a new chapter [of his career] to look forward to. It is with our blessings that he joins SuperSport."

"Morgan was really good for us, on and off the field. A true professional, a legend of South African football, it was a pleasure to have him at our club. We also thank him for his services and we wish him well in his career going forward," said Barker.