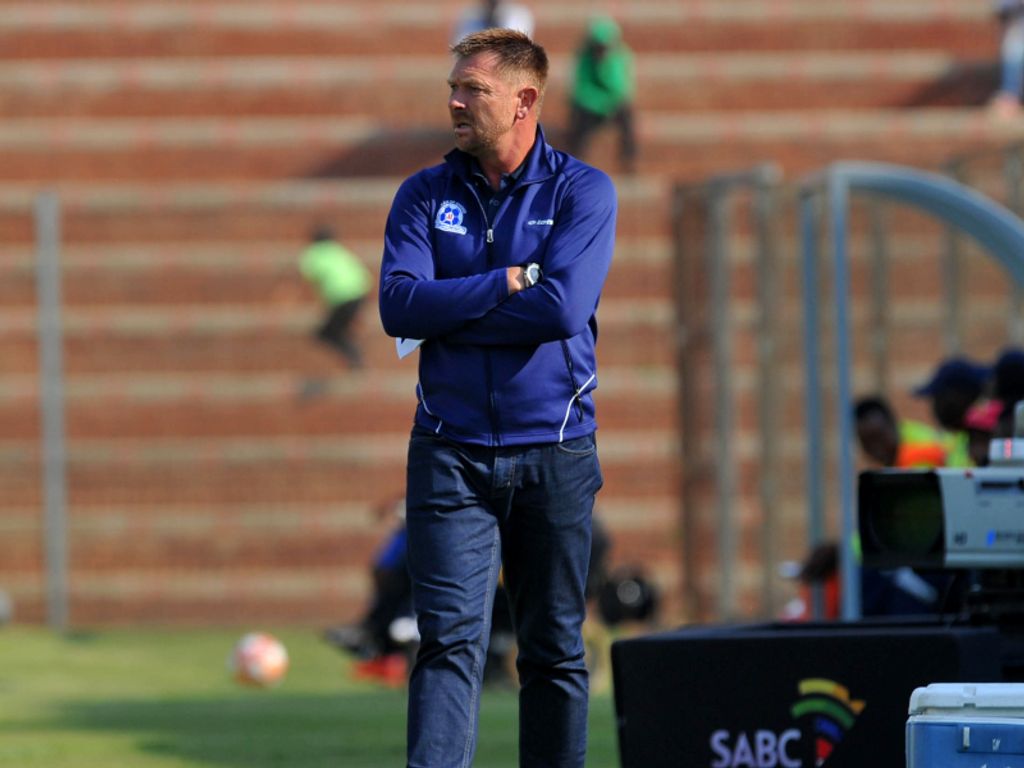 Tinkler: Everybody is raring to go

Maritzburg United coach Eric Tinkler says his players are eager to complete the 2019/20 season but stresses all clubs must follow the rules put in place by the Premier Soccer League.

The Team of Choice entered the enforced break, as a result of the coronavirus, in fifth-place on the PSL standings.

While clubs have been given the green-light from government to resume training, they are still awaiting the final call from the PSL as to how to get going again.

It has been almost three months since any competitive league action, and Tinkler is naturally keen to see out the current campaign.

"The PSL has to give the go-ahead basically. Yeah [the pronouncement by the minister gives us hope]. Obviously everybody wants to get back to the field to play and get going again.

"But obviously we have to abide by all the rules. Especially now we have seen the cases have increased. So, you know we’ve got to be careful. It's a concern to see some players getting infected but you saw it’s happening all over the world."

Hunt added: "We want to see closure to the season and obviously want to see how and when can we start the new season. That’s what is on everybody's mind and that’s not only in football, many industries are affected by this pandemic.

"Everybody is raring to go, to be in this situation we find ourselves in it’s not a good thing. Young people like to be out there and express themselves, to be locked up and quarantined for three months is a long, long time."