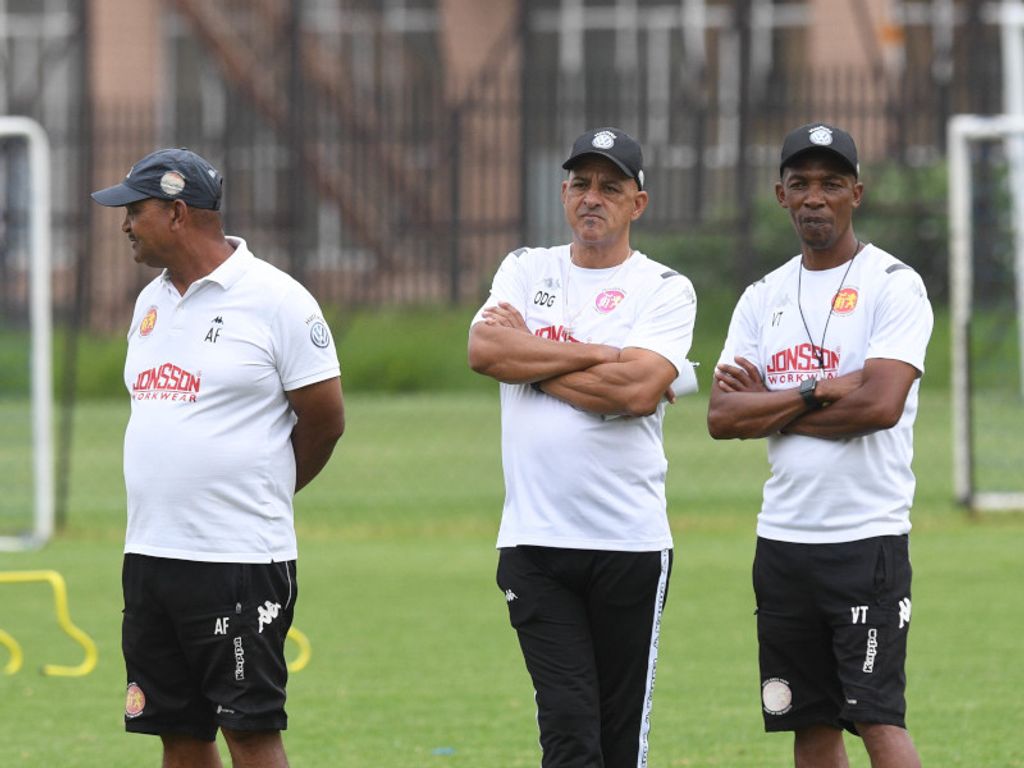 Highlands Park coach Owen da Gama says it doesn't matter how long it takes for football to return as long as players and fans are kept safe.

Talks to resume the Premier Soccer League this year are underway, in a centralised location so as to mitigate the risk of spreading the coronavirus.

A total of 11 people within local football circles have already tested positive in a first round of club testing, but the league is still expected to return this year.

PSL clubs have already been given the green light to return to training, subject to a number of health and safety protocols.

And while Da Gama would welcome a return to action, the Lions of the North mentor insists nothing is more important than keeping people safe.

He told Goal: "From my side, I am happy that we are at least moving forward, there's some light at the end of the tunnel although we are cognizant of the pandemic that is happening in our country."

"It's a pandemic. So, whether it’s six months or more with no football it doesn’t matter to me as long as we get our people safe and our players are safe and everybody is safe - that's the most important thing."

Highlands Park entered the enforced break in eighth place on the PSL standings.