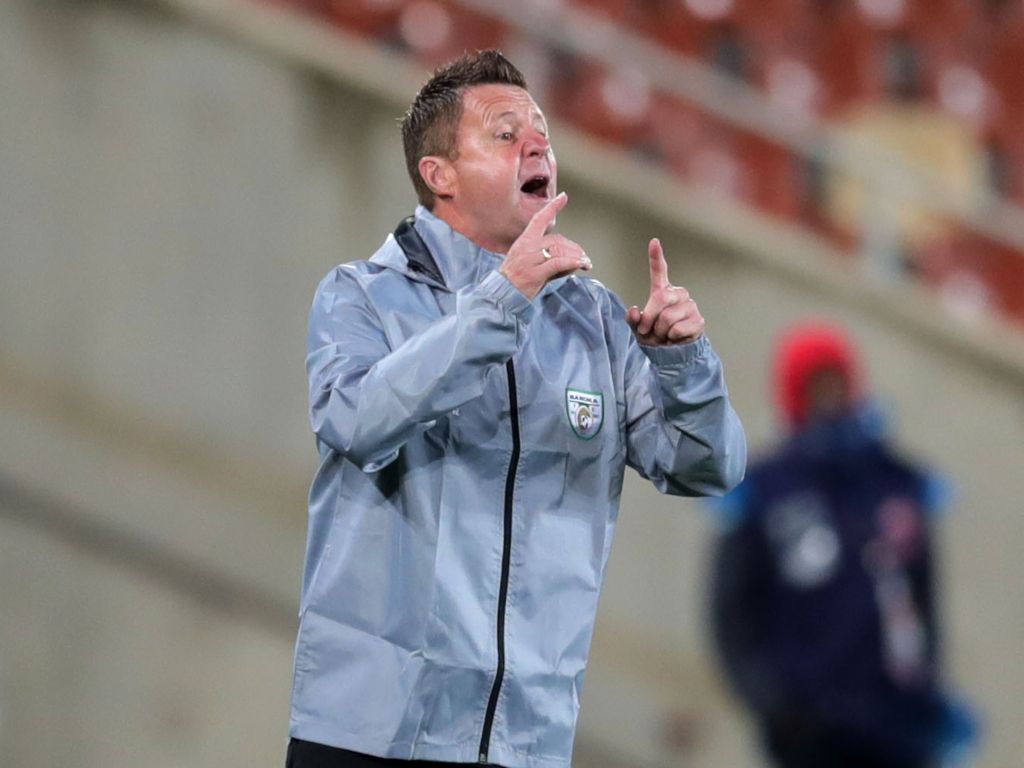 Baroka FC head coach Dylan Kerr says the Nedbank Cup is a great opportunity for the club to qualify for the CAF Confederation Cup.

If Mamelodi Sundowns finish in the top two of the Premiership standings and reach the Nedbank Cup final, their final opponents will qualify for the Confederation Cup.

Baroka will take on Bloemfontein Celtic in the Nedbank Cup semi-finals on Saturday, before Sundowns face Bidvest Wits a few hours later.

"This is the best Cup competition in African football. If we make the final, I think we will be guaranteed a place in the Caf Confederation Cup, if Sundowns make the final too," Kerr told the South African Football Journalists Association as per SuperSport.com.

"It will set the tempo of the next six [league] games. Baroka have been to two semi-finals before and lost, but hopefully, we can make it third time lucky. This could be a once in a lifetime opportunity for some players.

"The chairman might give a financial incentive to them, but that shouldn't be what they are looking for. Something like 80 percent of my players might never make a cup final again. So this is a huge opportunity."

Kerr did, however, admit that his team is far from ready for competitive football as they are jumping straight back into it after four months away from the pitch.

"The reality is that we are at the six-week stage of pre-season, in ordinary circumstances, but we have only trained for three. And only as a group for one. So it is not ideal," he continued.

"You cannot have five months without kicking a football and then expect to come back to training and play to the level I would be happy with, and that my chairman would be happy with. It is not realistic. We have seen in the PL [Premier League], La Liga and in Italy, a lot of top players have been missing through injury because of a lack of preparation.

"I am not ready yet, I am not happy playing first game on Saturday knowing I should have three weeks more to get my team into the shape physically and mentality to play these games. It is going to be who can survive the fittest in the 90 minutes. That is what is going to win the game. You have to have a bit of heart and be tough upstairs."