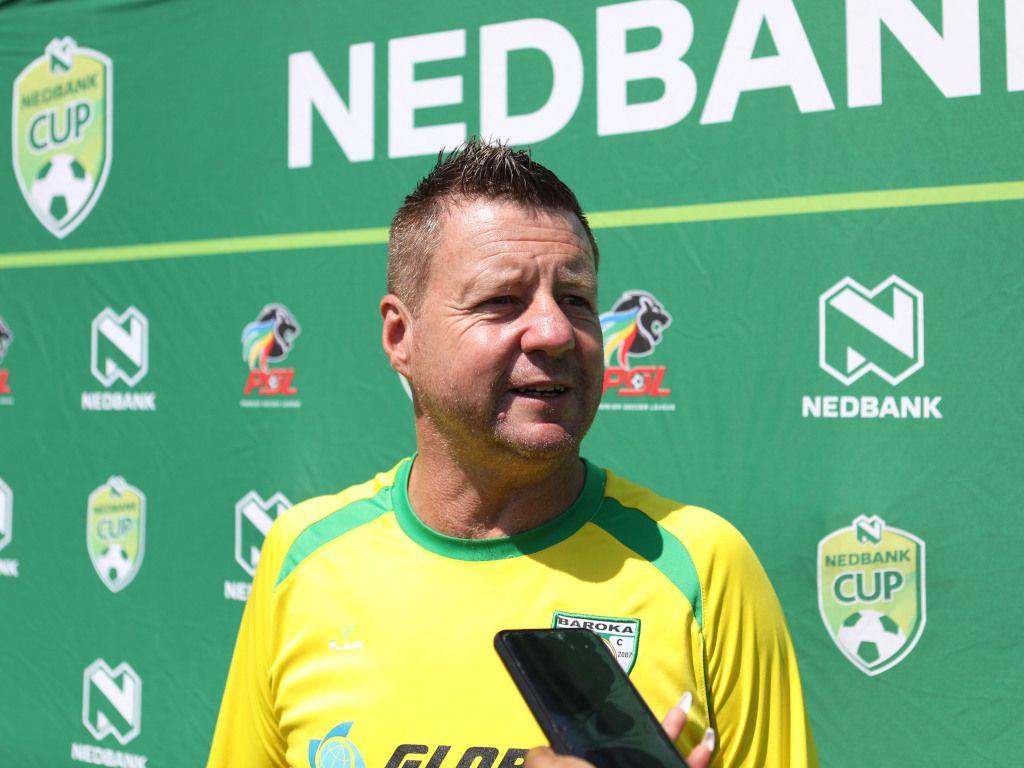 Baroka FC head coach Dylan Kerr blamed the referee's decision to send one of his players off for their exit from the Nedbank Cup on Saturday evening.

Baroka were hammered 3-0 by Bloemfontein Celtic at Orlando Stadium, with a brace from Sepana Letsoalo added to Ndumiso Mabena first half opener sending Celtic through to the final against Mamelodi Sundowns.

The Brazilians advanced after a thrilling 3-2 win over Bidvest Wits in the other semi-final.

However, the match between Siwelele and Baroka was deadlocked at 0-0 and looking like it was going to be a close affair until Ananias Gebhardt was shown a red card in the 32nd minute.

From that moment it was one-way traffic as Celtic grabbed hold of the game and maintained control by scoring three times to secure their progress in the competition.

Even though Kerr admitted the tackle was reckless, he believes a straight red card was to harsh a punishment and ruined the match as a contest.

"The referee has got to understand that it's the first game back. There was no malicious intent to hurt the player. I think it was just bad timing and an over eagerness," he said after the game.

While disappointment will be high, the season is not yet over for Baroka and they will need to lift themselves up quickly in order to fight against potential relegation from the Premiership this season.

With six fixtures of the league season remaining, Bakgakga have amassed just 23 points.

They sit 13th in the Premiership but are level on points with AmaZulu in 15th and just three points ahead of bottom club Black Leopards.